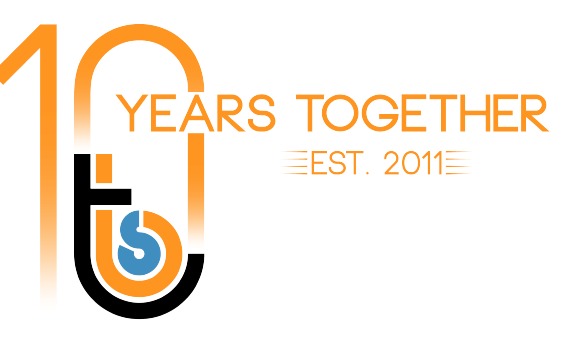 Often times commercial buildings are huge.  And, the ceiling options for something massive are pretty limited.  However, if you have a small commercial space you have all the same options that we have in the residential market.  The ceiling chosen should offer an inviting feel to the building, offer insulative properties and be good aesthetically.  They should offer good lighting as well.  Let’s take a look at the various commercial ceiling options and see what would work best for your situation.

Exposed ceilings have a sort of industrial look about them.  They are just that, exposed.  There is nothing “hiding” the duct-work, pipes and electrical wires thus omitting the concept of a finished look.  This sort of ceiling is easy to maintain because everything is exposed.  It offers a bit of heating and cooling advantages as the duct-work is exposed so as the duct-work carries heated air, they will heat up and offer an ambient heat around them.  To further exploit this concept, cooled beams can be installed as well to further add to this component.

The disadvantage of this is the look really.  If you don’t consider that everything is exposed when building it can look quite messy.  Some ways to play down the exposed look is to paint it a dark color and have the walls very light.  This will allow the eye to not pay much attention to the ceiling itself. In fact, this is done a lot, if you look around at the ceilings of some of the commercial buildings you enter, we are sure you’ll be surprised!

These are ceilings that are built with a small crawl space above them.  This is important for various reasons, however, it allows us to hide all the components that are running in the space above but leaves great access at the same time, should there be an issue.  This type of ceiling is popular in hospitals where the need additional equipment but do not want all the tanks and such sitting in the rooms.  This allows for more flexibility to the rooms and less clutter as well.  Throughout the lifecycle of the hospital, the rooms will be changed up and out a lot, but the important components in the ceiling can easily be moved from one room to another with ease.

This is a ceiling that is used to dampen the sound that is bouncing off the hard surfaces of the building.  Many times these can be rather beautiful and offer an amazing aesthetic look to the building as well.  If done properly it will make the space more inviting and warm, even if the space has very high ceilings.  Often times a building gets built and as it is used there is an awful lot of noise bouncing around.  This is a method that is inexpensive to fix that issue without tearing out the original ceiling.

With combined shapes and materials these ceiling will absorb the sound waves.  This is great for airports, malls and other very large buildings that have a lot of hard surfaces for cleaning purposes but need to tone done all the noise that is reflecting off these surfaces.

Radiant chilled ceilings is a network that is created to run cooled water through a series of lines.  For some, these lines are incorporated into plasterboard, however, this is not the most efficient way.  The plasterboard acts as an insulator and works against what is trying to be achieved.  These panels cool the air and insulation are put in above to keep the cool air within the desired room.

Convection chilling is similar to radiant chilling, however, there are fans and fins that the air is moved over to chill it.  This allows the air to have contact with the upper portion of the fin and the lower portion.

Suspended ceilings or drop ceilings are the most widely used ceiling system for commercial ceilings.  This is because they are easy to install and offer all kinds of customer options.  They also are good for noise reduction as well as offer great insulating properties.  Suspended ceilings are ceilings that are dropped from the original ceiling and suspended over the floor.  They usually require at least a 2″ drop and come mostly in white, however, they can be painted other colours.

They are installed on a series of grids that are suspended by cables.  Typically they come in 2′ x 2′ squares but can also be 2′ x something else as well.  They are highly customizable and great for really large spaces.  There is a space between the normal ceiling and that of the suspended ceiling.  This hosts the ventilation ducts, wires, and plumbing.  If there is ever an issue that would require you to have maintenance done, it is easy with a drop ceiling.

Drop ceilings come in all kinds of different looks.  That means that your ceiling could be as unique as you are.  There are the basic white panels, however, there are also options that replicate the old tin versions.  These make the ceiling look amazing and also offer insulating and acoustic properties as well.  With a drop ceiling, there is less space to heat.  This means that the area is smaller, which makes complete sense.  However, you can get insulated panels as well to further help with the insulation of the space.  This can really add up in savings in large commercial spaces. If you are interested more in suspended ceilings you can check out our blog on “Why use suspended ceilings?” where we go further into detail about this.

Are you a DIY?  Then take a look at “How to install a suspended ceiling grid” and see if this is a challenge you are up for.  We do warn commercial customers that the larger the ceiling the more complex it can be to install.  Think about being off an inch at the beginning of a 700 ft run.  Larger ceilings should be left to the professionals.

How can I help you?